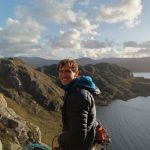 Entitled ‘Entangled Spaces: comparing colonial violence on the Indian and Queensland frontiers,’ this project will take a comparative, entangled approach to British colonial violence, examining imperial sites which have rarely been studied in the same analytical frame. The project will coalesce around several research questions, primarily assessing the extent to which imperial networks facilitated the transfer of ideas of violence between imperial sites, both between colony and colony and metropole and colony. It will also examine the extent of the influence of knowledge transfers from other European imperial sites, and whether it can be said that British colonial violence in India and Australia during the chosen period had a distinct character, despite the geographical separation and differences in administration represented by the respective colonies. In addition, the project will consider to what extent colonial violence in the selected colonies were influenced by trans-imperial transfers and exchanges, alongside evaluating the potential utility of recent and innovative developments in the field of genocide studies to the study of colonial violence in both the settler colony and exploitation colony contexts. Through these research questions, the project can make a contribution to an emerging comparative historiography in British imperial history.
In this project, I propose to use a modified comparative framework encompassing entangled and histoire croisée methodology, comprising the most useful elements of both and contributing to what remains a fledgling historiography; heavy on theory but light on practice. Both these frameworks are a natural fit with the metaphor of imperial networks or webs, that is central to my project, and allow for the idiosyncrasies of the metropole-colony relationship to be explored without relying on terminology referring to the ‘nation state,’ which is unsuitable for the colonial context. There is a growing consensus that the methodologies of empirical comparison and entanglement complement rather than detract from each other; the task of this project is therefore to combine them in practice as well as in theory.