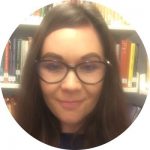 The Circulation of Cultural Memory Through the Recycling of Stage Properties and Apparel in British Drama: 1580-1642

My research examines the significance of the materials of the stage in British drama produced between 1580 and 1642. It investigates the ways in which costumes, properties, and scenery were reused and reinterpreted in different contexts, and the degree to which early modern drama relied on an active cultural memory for its audiences to engage with the prominent visual citations that communicate meaning. To what extent, I ask throughout my thesis, did playmakers utilise this complex process of cultural memory to produce and redistribute ideas through modes of non-verbal discourse?