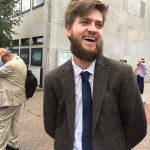 Preparing and organising for war in Classical Greece: seeking the diversity of city-state practice

My research focuses on identifying the extent to which military traditions varied between ancient Greek poleis (city-states), to challenge traditional perceptions that ancient Greek warfare was uniform and characterised by the relative ‘amateurism’ of its protagonists – the hoplite (heavy-armed) militia and its leaders. By interrogating individual societies, my research will generate a more accurate view of the relationship between each polis, its mode of warfare and its military tradition.

My research is inspired by works that have explored alternative forms of social organisation beyond the traditional ‘Athens v. Sparta’ polarity, a methodology has had limited impact in the study of Classical warfare, and it will utilise a combination of literary, epigraphic, and archaeological data. A uniformitarian approach ignores the different social, political, and institutional characters of societies, and the topographical and geographical constraints to which each was subject. For instance, the society of Mantinea in Arcadia was organised otherwise than in Thebes and Athens; yet there has been little research into how these differences played out in terms of military tradition.

My key research questions are:

– How were citizens prepared for warfare on individual and communal platforms?

– What variations can we detect between poleis, and how did they vary over time?

– How did different military traditions develop and what stimuli (e.g. topographical, political, social) were they responding to?

My study centres on the Classical period (5th–4th centuries BC), before the rise of the royal armies of the Hellenistic period. Case studies will be drawn from regions across the Greek world, notably Arcadia (traditionally a source of mercenaries), Boeotia (especially hegemonic Thebes) and Sicily (whose ‘tyrants’ employed mercenaries).

These will offer a more accurate view of how different societies prepared for warfare, shifting our gaze away from the traditional focus on Athens and Sparta.

Northern Lights Conference, 2020. Scheduled to attend and deliver paper (postponed to 2021 due to COVID-19 restrictions).

Been part of the organising committee for the Wednesday Research Seminars at the University of Leicester, Archaeological and Ancient History department since 2019.