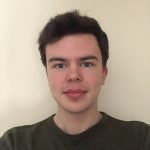 The Development of Epilogues in Relation to their Audiences in the English Commercial Theatre between 1566 and 1642.

My project aims to understand how the epilogue developed as a form during the rise of the English commercial theatre. Through a comprehensive study of the epilogues written between 1578 and 1642, supported by an exploration of contemporaneous comments on and allusion to epilogues, this analysis will consider trends across specific genres, playwrights, companies, playhouses and publishers, strengthening our understanding of early modern repertory and printing conventions. By applying Gerard Genette’s theory of paratexts (1997) to consider epilogues as thresholds bridging the fictional and real worlds, I will consider how epilogues engaged with their audiences to attain their approval in the liminal space between a play and its judgement. Considering applause as a form of currency, my project will attempt to recognise the epilogue’s social function as a transactional space, wherein writers consolidated a relationship with their audiences to develop better and more profitable work in the first stage of commercial theatre.

At the University of Nottingham, I have taught on the module Drama, Theatre, Performance (ENGL1001) in both Spring and Autumn of the academic year 2019-2020. This module offered a survey of drama covering Ancient Greek, Medieval, Renaissance, Restoration, Naturalist, Brechtian, 20th Century British and Contemporary plays. Through both theorical and practical teaching, this module considered the conventions and politics of these different forms of drama.