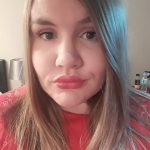 The hegemonic use of economic models to measure the impact of the cultural economy represents both a philosophical and methodological gap which does not adequately capture the rich value in tacit, symbolic, and intrinsic cultural forms. There is, as yet, no common usage of the term ‘hidden culture’ within culture scholarship, but there is considerable evidence that some culture remains in a hidden state. The idiosyncratic nature of cultural objects and activities which predominantly occur in the domestic or community spheres means that certain forms of knowledge remain uncodified and thus under-valued.

This reserach is a collaborative doctoral research project with Leicester City Council, looking to find more nuanced measuring tools for valorising cultural activity and documenting innovative methods for capturing value in diverse forms. Stemming from a heretofore little-used Realist Phenomenological approach, this research uses participatory mapping, visual methods and hybrid phenomenological interviewing to illustrate the spatial-relational aspects of embodied knowledge transfer in the creation of cultural products. Phenomenological readings of culture using Ashworth’s ‘Fractions of the Lifeworld’ model as an analytical framework explore how tacit symbolism is unconsciously accepted by communities of practice yet almost impossible to codify for outsiders, thus exacerbating the disconnect between societal groups on the peripheries and UK cultural policy.