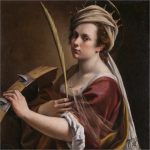 My thesis will investigate the role of disegno in the Carracci’s “reform of the arts” and will reassess the importance of Bolognese draughtsmanship in the history of Baroque art. Drawing was at the core of the Academy, established in Bologna in 1582 by the brothers Agostino and Annibale Carracci together with their cousin Ludovico. The Carracci promoted a radically different approach to art, based on the study of nature and life drawing, and created a new pedagogical path for the education of the artist, which eventually came to dominate European art until the nineteenth century. By analysing the materiality, function and use of drawings in the Academy, from its foundation to the death of Ludovico in 1619, this project will explore the concept and practice of disegno and its impact on the development of knowledge and visual culture. The findings of this research will contribute original material to the Carracci studies and will provide a new methodological approach to the study of drawing in the history of early modern art.