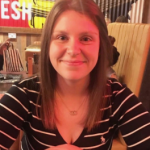 Seeking Justice and Atonement: British Legal Approaches to Dealing with Mass Murder after the Holocaust, 1945-1969

When studying Britain and its ties to the Holocaust, most academics have examined to what extent officials knew this atrocity was occurring and why they did not stop it. Despite Holocaust memory playing a vital role in public life in Britain, research has hardly considered how it dealt with mass murder after the war. My doctoral research addresses this gap in scholarly understanding by exploring the aspirations of, and approaches taken by, the British government to legally seek justice for the horrors perpetrated by the Nazi regime. Covering the period from 1945 to 1969, my PhD explores how during this time Britain became involved in both prosecuting major and minor Nazi war criminals as well as pursuing redress for some of the victims who had suffered. Ultimately, my thesis investigates the role Britain played in the process undertaken by Germany to come to terms with, and attempt to atone for, its recent dark past.

Despite extensive research on the Holocaust and the new interest in legal approaches to dealing with the violent past, no scholar has yet examined Britain’s role in seeking justice for mass murder. Taking this as a starting point, I will be amongst the first to systematically examine how Britain legally dealt with the crimes committed by the National Socialist regime. My doctoral research covers how the British understood the Nazi atrocities, only later referred to as ‘the Holocaust’, and how they defined what Nazi persecution was and who could be deemed a victim of it. My thesis also questions if their involvement in seeing to it that Germany issued redress for its dark past ever made the British fear that they too would have to pay for their own historic crimes.

My research is not only relevant to the field of historical studies, but also the discipline of law. At the core of my PhD lies the moral and philosophical question of whether it is possible to ever atone for historical wrongs and how justice for them can be served. I ask what the British understood by the term ‘legal justice’ with regards to the Nazi atrocities and which legal means they chose to pursue so that future forgiveness and reconciliation between the victims and perpetrators may have been possible.