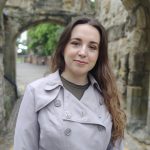 Queens, Teams and the Chance to be Seen: ?Herstory?, Feminism and Biographical Musical Theatre (2009?present)

My research focuses on a neglected genre, the biographical musical, and rarely considered questions about female agency within the construction and performance of these musicals. In so doing, it will significantly build on Stacy Wolf’s groundbreaking work on female musical characters and Grace Barnes’ explorations of female representation and gender inequality, predominantly in commercial English-language musicals.

During my BA and MA, I also developed research interests in topics such as narrative, memory, autobiographical performance, politics, multimedia performance, digital technologies and collaboration.