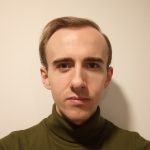 Eight Member States to the European Convention on Human Rights currently enforce surgical sterilisation as a prerequisite to legal gender recognition (LGR). This thesis seeks to situate this requirement within Foucault’s conceptual framework of ‘Biopolitics’, emphasising the disciplinary nature of the interference as a process of purging non-normative identities from the Bios, and the elements to the biopolitical framework which coerce trans persons to engage with its processes. The project will go on to examine the resistive legal responses challengnig this phenomenon, with a particular focus on human rights efforts under the Convention.

While noting that sterilising prerequisites have been successfully challenged under Article 8 of the Convention (the Right to Private and Family Life), it is claimed that the non-absolute nature of this provision, its partial reliance upon European consensus to determine its scope, and the potential for states to perpetuate violations on account of its lack of international stigma, fail to provide effective protection for trans persons seeking LGR. Accordingly, this thesis explores the possibility of trans advocacy engaging with Article 3 (the Prohibition on Inhuman, Degrading Treatment and Torture) in the future, which it is contended, carries the benefit of capturing the physical and psychologial harm inflicted by coercive sterilisation in a manner which Article 8 is ill-equipped to do. Additionally, Article 3 is an absolute porovisison which is not subject to limitation or derrogation, and carries a weighty international stigma which contributes to high rates of compliance with the Court on matters concerning findings of violation.

The overall aim of this thesis is to demonsrate that Article 3, both in doctrine and spirit, provide a substantial benefit to trans persons seeking to challenge abusive LGR prerequisites, over that of the current approach taken under Article 8. The hope is to produce a template for such advocacy, such to secure concrete protections for the dignity of trans persons, who unfortunately already suffer from a marginalised social position.

I am currently working on journal articles on the following subjects: