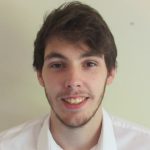 Human or Posthuman? The Vocal and Bodily Inscription of Humanness onto Technological Subjects in Contemporary Science-Fiction Film and Television.

My research explores the representation of technology, such as AI, virtual realities, androids and cyborgs, under an analysis of humanness and posthumanism. It investigates how, across various modes of embodiment, ranging from disembodied voice to fully tangible, human-like androids, the concept of the human is inscribed onto technology. My research seeks to bridge the gap between scholarship which views human-like technology in film and TV as posthumanist, destabilising definitions of the human and anthropocentrism, and those who consider a technological emulation of humanity as reassuring.