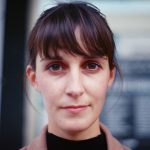 Towards Citizen Spectatorship: Visual Culture and Shifting Perceptions of Documentary Media since the Arab Uprisings

Never has protest been documented more vigorously than during the uprisings across the Middle East and North Africa in 2011. Heralded as a Revolution 2.0, the insurgencies sparked an unrivalled rise of citizen journalism that shifted the perception of documentary media substantially. Almost a decade after the so-called Arab Spring and in light of resurging protests across the region (in Iraq, Lebanon, and Egypt), my research project will examine how our understanding of ‘citizen journalism’ has developed since 2011 and how we can configure a notion of ‘citizen spectatorship’ for the future of image production and reception.

While citizen journalism initially defined a mode of image production, the global news economy tends to frame it as an aesthetic of ‘cruel images’ that ultimately feeds into recurring neo-colonial tropes for understanding the region. To question such easy appropriations, citizen journalists have turned to formal practices within visual culture and its networks of dissemination to articulate their claims through documentary means. Through this shift, the interpretive frame within which spectatorship unfolds has become destabilised and needs to be methodically redefined. To this end, I will problematise ‘citizen journalism’ as a concept in order to formulate a more critical and theoretical foundation for a form of visual citizenship that is activated through practices of recording and seeing. By examining spectatorship as a civic skill, my research project seeks to shift the focus away from the ethics of showing to a situated ethics of looking.