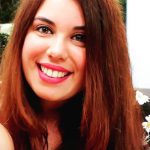 Given the current resurgence of remakes, often exploiting star talent, understanding how translations/performances create ‘in tune’ cultures makes this research relevant and timely. Drawing from different but overlapping areas of knowledge – e.g. voice and performance, translation studies’ application to cultural studies, cinema and voice-localisation, digital humanities in modern languages – I will establish a new interdisciplinary approach to analyse Italian translators’ activity as adapters, and the effect of performance (including casting) on the dubbing process, specifically in terms of voice analysis (including word stress, repetition patterns).

In order to answer my main research questions – i.e. how does translation mediate interactions between music, text and performance? Can the translated text alter the nature and perception of the song and the film in which it is included? – I will carry out a comparative analysis of the selected songs and their Italian translations by means of digital tools (e.g. Sonic Visualiser). I will interview Italian dubbing professionals and experts in the field of filmmaking and animation from the US animated film industry. I will survey three groups of adults (Anglophone-UK; Anglophone-US; Italophone-Italy), to investigate the reception of the original English and the translated Italian songs (lyrics/vocal performance). Using this empirical data, I will offer an original translation-based perspective on ‘in-tune’ cultural interactions and their impact on international film music production.