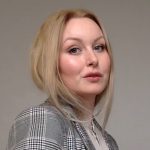 My thesis focuses on women’s contemporary experimental life-writing from the nineteen-nineties to present. The primary texts under examination are from four North American writers, each using forms that are atypical in the autobiographical tradition: the graphic memoirs of Alison Bechdel, the autofiction of Chris Kraus, the blog of Jackie Wang, and the autotheory of Maggie Nelson. The authors are significant for unconventional presentations of their own identity and agency, as well as their intersections of race, sexuality, aging, gender, physical and mental illness.

My study of their work centres on two key concepts: co-construction and oversharing. Co-construction is a bricolage technique using the biographies of others, theory, multimedia, and secondary references within first-person narratives. It aids the proliferation of diverse conceptions of female identity. It also acts as a validating force in the articulation of marginalised women’s lives subjected to critical invalidation encapsulated by my second area of investigation, ‘oversharing.’ Oversharing is a misogynistic expression connoting inappropriate female accounts of the personal, and the enduring grand narratives these subjects are read against. It acts as a mainstream successor to similarly pathologizing terms including narcissism and hysteria. Whilst oversharing is an accusation that the authors fight against, it can also form a narrative technique in their work, revealed in their embrace of detail and self-exposure, which works to alter the parameters of recognised identity. By examining how co-construction and oversharing present themselves in the texts, I draw wider conclusions on how experimental techniques enable the authors to challenge established boundaries of form and theme. The thesis analyses the work of writers who have previously been outside of the academy and scrutinises who is still excluded from public self-expression. In investigating representation, reception and recognition through life-writing, I make more significant claims on female identity and legitimised subjects outside of the texts.

My research builds upon scholarship in the fields of life writing, digital cultures and feminist, crip, and queer theory. In doing so, it brings together seemingly disparate texts that reveal a literary movement influenced and influencing contemporary cultural conditions, such as the rise in blogging and social media, and campaigns like #MeToo. These works fit a broader historical lineage of collaborative life writing, American autobiographical traditions and female self-exposure.

I have received training to gain proficiency in writing and editing, arts management, working in archives, and research ethics and integrity. Below, I list key courses:

University of Leicester, Preparing to Teach in Higher Education

The Novel Around the World (Undergraduate, Y1)