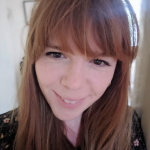 Time was Away: Masculinity, Sexuality and Travel in late British Neo-Romantic Art, Illustration and Design 1940- 55

My research will be the first sustained investigation into queer identity and decolonisation in late Neo-Romantic art, illustration and design.  Addressing English and Scottish Neo- Romantic artists including John Minton, John Craxton, Keith Vaughan, Michael Ayrton, Robert Colquhoun and Robert MacBryde and their outputs across fine art, book illustrations, and theatre design, it will ask two interlinked questions. First, how were ideas of post-war masculinity and sexuality expressed in Neo-Romantic art and design? I will explore how artists responded to the shifting definitions of masculinity, relating to the nuclear family and homophobia as wartime Britain became post-war Britain, revealing the complex relationship between masculinity, queerness, and British national identity at this moment. Second, how were ideas of foreignness conceived in British Neo-Romanticism? I will interrogate how conceptions of abroad created queer spaces for a more authentic self as travel opened up after 1945. These artists were, at the same time, entwined with British cultural nationalism and reproduced colonial impulses and tropes. Such post-war visions can be productively placed in dialogue with more typically Neo-Romantic bucolic British dream-landscapes made during wartime. I will interrogate the dialogue between these wartime depictions of home and a less familiar post-war Neo- Romantic vision which exhibited a complex, contradictory queer engagement with abroad.