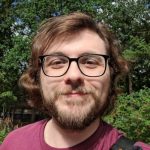 Finding Britain's place in the New World Order: foreign policy in the Thatcher and Major governments at the end of the Cold War

My thesis will explore the development and implementation of British foreign policy in the final years of the Cold War and its aftermath. Using new archival releases, and reflecting recent developments in the methodology of international history, it will investigate continuity and change in Britain’s world role as the Cold War gave way to a
‘New World Order’. In considering the extent to which Britain was able to reorient itself towards a new and unfamiliar world, this project will challenge superpower-centric narratives of the Cold War and declinist narratives of modern Britain, offering valuable insight into Britain’s position today.
More generally, I am interested in Britain’s role throughout the Cold War, and the impact of Cold War political developments on British society and relations with the wider world. I have previously examined the British role in the Korean and Vietnam Wars, and I continue to take a broad view of this subject in my work.