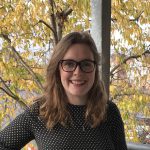 Remembering the First World War on the British Stage 1919-1939

My project offers a sustained assessment of how British theatre remembered the First World War between 1919 and 1939. My primary concern is to show how an ongoing dialectic about appropriate forms of memorialisation and a conviction to tell the ‘truth’ about the war gave rise to a body of work representing a wide range of social, political and gendered perspectives. Drawing on literary and theatre studies, my project will demonstrate how interwar theatre played a seminal role in recording individual and collective memories and provided a necessary cultural space for interrogation of the war’s meaning, a process that continues to the present day. I aim to extend the range of plays under discussion to include examples of one-act and female-authored plays, translations of European drama, and works produced in the mid-late 1930s. I also will make use of reviews, readers’ reports, and other contemporary documents. The focus upon the processes of composition and upon contemporary reception, locating a greater diversity of plays than hitherto studied in their precise historical moment, represents an important intervention into ongoing debates in academia and beyond of the theatre’s role in the construction of memory of the war and of national identity.