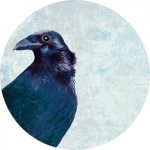 The phenomenology of creativity in the graphic novel: A practical investigation of intermedial visual storytelling.

This project will investigate, through practice, how the formal properties of the graphic novel can shed light on epistemological and phenomenological processes that underpin the creative act. The project will contribute to our understanding of the graphic novel as an emerging and under-studied medium, whose intersecting relationship with existing mediums (e.g. literary fiction, poetry, fine art, film, narrative illustration, theatre) means that it has uniquely intermedial properties. It will also contribute a unique series of original creative artefacts to the field with formally and thematically innovative properties. These artefacts will include an extended graphic novel of c.200 words, as well as extensive development materials such as sketchbooks, passes, and other process books.

The project will consist of 50% practical work and 50% theory/commentary (approximately 45,000 words), which will run alongside each other. The practical and theoretical elements will inform each other, through a methodology of formal experimentation (using a range of techniques and media such as paper engineering, use of fly-outs, digital technologies such as QR codes). Iterative testing will also be used to develop the practical work, working with key target audiences including a general adult readership and industry experts (designers, publishers, librarians, booksellers), both online and, where possible, in person through annual exhibitions and feedback.

Will Eisner (1990) and Scott McCloud (1993) are foundational texts in the relatively young discipline of graphic novel research, providing us with important insights into the properties of sequential narratives. Further research (Chute, 2006; Dunley, 2007; Priego, 2010) has investigated the medium as a site of intersection between verbal and visual narratives (Round, 2006; Postema, 2010; Grennan, 2011). More recent research (Williams, 2014; Angermeier, 2015; Palmer, 2016) has drawn on Wolfgang Iser’s reader-response theory to consider the role of gaps and indeterminacies in the material properties of the graphic novel (e.g. panels, gutters, page turns), which oblige the reader to act as a co-creator of meaning. My project aims to build on these insights, by creating a meta-narrative that exploits gaps and indeterminacies to reflect on creativity as an emergent property of consciousness.

In addition to Iser I will draw on disciplines outside illustration in order to construct a theoretical framework, such as philosophy, fine art, and critical theory. My use of phenomenology as a theoretical framework will allow me to achieve my objectives, which are to examine the ways in which we know the object world and to represent the internal experience of creativity. This has not been the subject of sustained attention in the theory of the graphic novel to date. I will apply my findings in order to create a uniquely hybrid, intermedial artefact, extending the genre-crossing and formally innovative visual narrative work of such artists as Shaun Tan, Brian Selznick, and Reif Larsen, among others.

The graphic novel is a relatively young field, and much remains to be done to articulate its properties in theoretical terms. Practice-led, iterative research also remains underrepresented in the field.