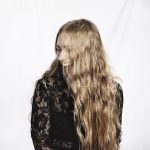 This project focuses on philosophical implications of models and model-based predictive practices operating in the areas of governmentality and the public sphere via implementation of machine learning systems. My approach is motivated by the need to respond to the problem of Two Cultures (a term coined by C. P. Snow in 1959, referring to the polarisation of Western intellectual life) by making stronger connections between the sciences and the humanities, as well as escaping the limits of critique. Consequently, this thesis engages in an in-depth technical analysis of predictive and generative models, and questions their social and cultural impact by using philosophcal tools. My method stems from the ‘non-standard’ philosophy and epistemology practiced by François Laruelle and Anne-Françoise Schmid respectively, and frames machine learning models as ‘integrative objects’. Schmid advocates that when faced with contemporary complex phenomena, any singular discipline is unable to fully grasp them and assess their implications. An integrative object is therefore an object exceeding scientific boundaries and requiring a complex approach in order to be productively understood. I argue that machine learning models represent a similar phenomenon – computational models produced by operations on vast amounts of data, with severe implications for socio-political issues. Schmid emphasizes that interdisciplinarity is not enough and instead suggests ‘collective intimacy’ as a practice of disparate disciplines in true collaboration. As defined by Schmid: “This new mode of visibility supposes an ‘outside-discipline’ and a new conception of the scientific object, previously occulted by the epistemology of theories, too fascinated as they are by the criteria of the true. A generic epistemology does not consider science merely as a machine that creates proofs and verifications, but as a creator of objects. We move from a critique of truths to the construction of objects.” (Schmid and Hatchuel 2014). The ‘outside discipline’ posited by this project emerges at the intersection of computer science, social science, as well as continental and analytic philosophy, and involves rethinking epistemology, modelling, and causality in relation to predictive systems.

‘Deterritorializing notation: on the diagrammatic nature of graphic scores’ - Glissando, issue no. 32, Fall 2017

'This face does not exist: deepfakes and the concept of faciality' - accepted for the 13th Deleuze and Guattari Studies Conference (postponed till 2021)

'Models and fictions: the role of narrative in data practices' - presented at NECS 2019 Conference, June 2019

'The principle of the generic: towards new sites of interdisciplinarity' - presented at 'François Laruelle and Non-Standard Philosophy' at Université libre de Bruxelles, February 2019