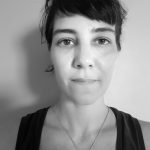 My PhD research project will create and analyse visual representations of Palestinian women’s history during British Mandate Palestine (1920-1948) through film. My project has three main conceptual dimensions. The first is concerned with locating women’s agency against dominant structures, exploring how Palestinian women during this period negotiated the politics of colonisation, nationalism and feminism. The second is an investigation into the process of constructing historical narrative and representation through film in a relation of continuity to the present. The third is concerned with film aesthetics, spectatorship and the production of meaning and knowledge.

As sources, the project will draw upon historical records, sound and visual archives, oral history accounts, and historical and contemporary women’s writings and memoirs. Undertaking an interdisciplinary approach which draws upon the fields of film, visual and oral history, anthropology, and gender and sexuality, this research is based on practical work as a form of critical enquiry and will yield two outputs: a creative and reflexive documentary film about the experiences of Palestinian women during British Mandate Palestine; and a written thesis that explores a nuanced understanding of Palestinian women’s feminist politics pre-1948 based on the study of primary sources and the theoretical underpinnings and process of my film practice and archival research.