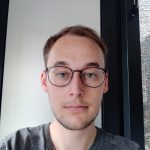 Presenting Power to the People: Monetary Iconography of the Late Roman State

My research focuses on the political ideology of the Late Roman state, specifically as expressed through the political messages presented in the imagery and inscriptions of its coinage, and how said messages compare to concepts of rulership in other contemporary media.

My interest in period between c.4th-5th centuries AD, from Diocletian’s tetrarchy onwards, is in part due to the increasingly centralised control of coin minting and disappearance of ‘provincial’ Roman coinage. Moreover, the emergence of state-supported Christianity and the more rapid Christianisation of the empire’s populace marks this period as the significant change in the nature of imperial authority, on its continued development from the early Roman emperor as princeps to the Byzantine emperor as God’s vicegerent on earth. Coinage, as arguably the most widely produced and distributed form of state-selected political messages, is an ideal medium for studying such a significant period of ideological change.

An essential element of my research involves the use of quantitative analysis. Gross coin data, obtained through the collation of site finds and coin hoards, will be used to identify trends of continuity and change within imagery and inscriptions presented on coinage. Such an approach seeks to engage with contemporary numismatic methodologies and thus move away from prior practices of cherry-picking and inflating the significance of iconographically interesting types.

Through its varying denominations of gold, silver and base-metal, coinage came into contact with almost all levels of Roman society, unlike literary sources’ predominant focus on and association with the ruling elite. Part of my research thus aims to identify any variation between the images/inscriptions of different denominations that may indicate the state’s targeting different audiences, ultimately providing a more nuanced understanding of the fluidity of rulership ideology beyond the more rigid expressions of court literature.

Beyond considerations of the political messages of coinage, my research and the  use of quantitative methodologies also looks to consider levels of monetisation and circulation patterns. Such information is essential in order to gauge the extent to which coinage penetrated this pre-modern economy and help to clearly clarify the audiences the coinage actually reached.

My project has significant geographic and chronological scope, and seeks to set the groundwork for future comparative analyses with both later periods of Romano-Byzantine coinage and the western successor states, as well as distilling a methodological practice applicable to large-scale analysis of other numismatic corpora.

Society for the Promotion of Byzantine Studies Symposium 2021 - Volunteer

Society for the Promotion of Byzantine Studies

I graduated in 2015 with a First in BA Ancient and Medieval History (Hons) from the University of Birmingham. My research interests focused on the transitionary period of Late Antiquity and the political ideology of Eastern Roman Empire. This culminated in a dissertation that explored the nature of usurpation within the seventh and early-eighth century empire, with particular emphasis on the apparent emergence of populist revolts (supervised by Professor Leslie Brubaker). For this piece of work I received the Whitting Prize and R.H.C. Davies Award for best dissertation in the fields of Byzantine Studies and Medieval History respectively.

In 2016 I graduated with a Distinction after having completed my MA degree in Byzantine Studies, again at the University of Birmingham. During this time my interest in the Late Antique eastern Mediterranean continued and expanded to include further research on the economy and archaeology of the period. I was also fortunate enough to engage with the extensive collection of Roman and Byzantine coins at the Barber Institute of Fine Art, and assisted in the cataloguing of this material. My Master's thesis combined my interests in political ideology and material culture to analyse the political messages presented on Romano-Byzantine coinage between AD286-610, as presented in their imagery and inscriptions (again supervised by Professor Leslie Brubaker, funded by Distinguished Alumni and College of Arts and Law Scholarships). A specific aspect of this project was concerned with the process of Christianisation throughout the empire during this period, how this ideological shift affected concepts of imperial rulership, and how this change translated to coinage as the most widely-distributed medium of state-selected imagery.

2015 - College of Arts and Law Scholarship (University of Birmingham)