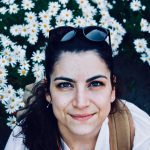 The late Roman to early medieval period witnesses the rise and expansion of the Church across the Mediterranean and Roman world, and is marked by the progressive emergence of churches as new foci for religion, community, and administration. Yet our picture of this major transformation of space and mentality is very much urban-oriented and the Church’s impact in the landscape is less well understood in terms of chronologies, influences, and patronage. This project will study evidence of Christian churches communities in rural Sicily from the fall of the Roman West in the late 5th century until the Muslim conquest in 827. Given its geographical position at the crossroads of Mediterranean maritime interfaces, Sicily formed a highly important province of the Byzantine Empire. However, archaeological and textual evidence for Christian communities in Sicily has remained understudied. I will ask key questions with regard to the physical, excavated, material and documentary sources: when do these churches appear and how did they fit in the landscape? What forms do they exhibit and what do these tell us of patrons and the communities they served? What role did churches play in landholding and administration? What does archaeological evidence disclose about church development, especially during the 7th-8th centuries, when many are considered to have been abandoned? Finally, how does Sicily fit into wider Mediterranean discussions concerning the impact of Christian institutions on rural life?