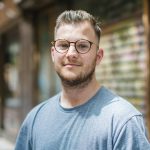 My research uses football to explore the lived experiences of national identity in Galicia, Spain, between 1990 and 2005.

In the 1990s the Bloque Nacionalista Galego – a coalition of left-wing nationalist parties – experienced a swell of electoral support. This coincided with the most successful periods in the histories of Deportivo La Coruña and Celta Vigo, the two biggest football teams in Galicia. While there is extensive research into the role of football as a source of collective identification in Catalonia and the Basque Country, there is little existing scholarship on the relationship between football and identity in Galicia.

By using oral history methodology, I analyse the tensions between sporting and civic rivalries and wider allegiances to nation, state and language, as well as the complex ways in which football embeds nationhood into everyday habits and rhythms.

I have written a book (see 'Publications') on the rise of Icelandic football in the 2010s. Against the Elements – a collaboration with the documentary photographer Joseph Fox – combines ethnography with a thematic analysis of the sociological and cultural factors that combined to allow a country of 350,000 people to compete with the giants of international football.