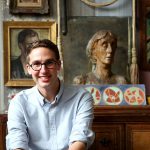 Woolf, Wordsworth, and the Victorians

Criticism of Virginia Woolf has often obscured her affiliation with the Victorian past. My thesis contributes to a new wave of scholarship which re-evaluates the relationship between the nineteenth and twentieth centuries in terms of dialogue rather than rupture—a questioning of periodisation and definition in accord with Woolf’s own. My project pursues this connection through an examination of Virginia Woolf’s response to the poetry and posthumous legacy of William Wordsworth via the influence of her father, the literary critic and biographer, Leslie Stephen, a prominent voice in late Victorian Wordsworth studies. Through a combined methodology of historicist and biographical theory, this investigation offers the first dedicated survey of Woolf’s Wordsworthian inheritance, exploring notions of tradition and continuity in modernist literature.

Building on Steve Ellis (2007) and Hermione Lee’s (1996) claims that Woolf was a ‘Post-Victorian’, a term used to denote Woolf’s complex response to her familial past, my research seeks to map the Wordsworthian influence beyond Woolf’s twentieth-century context, observing how her familial connection to Wordsworth reaches back through the paternal line into the early nineteenth century, linking with social and intellectual networks that formed around the poet in the 1830s and 1840s. At the same time, I reveal how Wordsworth was assimilated into the Post-Impressionist movement of 1910, leading to a broader discussion concerning the role of tradition and canonisation in early twentieth-century literary history. I will expand the current perception of Woolf’s relationship to the Victorian past using Wordsworth as a case study, tracing his influence through her novels, essays and life-writing.