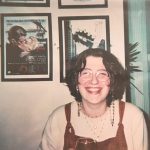 The focus of my PhD research is the figure of the female political prisoner throughout the 20th and 21st centuries. My project centres upon the literary production of imprisoned women from various societies: from the Franco dictatorship in Spain (1939-1975), to the military dictatorships of Argentina and Chile (1976-1983, 1973-1990 respectively), to ICE centres in the United States of America and Immigration Removal Centres in the United Kingdom in the present day. I analyse these prison texts — in the form of novels, memoirs, poetry and legal documents — as a body of literature that testifies to a uniquely gendered experience of imprisonment, and I am particularly interested in examining these prison texts through the frameworks established by theoretical approaches to the ‘testimony’ text, centred upon the idea of bearing ‘authentic’ witness to one’s own firsthand experiences. In drawing together the two disciplines of history and literature in this way, and in the study of multiple genres of each — for example, those of testimony, autobiography and memory studies — I intend for this research to create a new theoretical framework through which to analyse first-person accounts of female political imprisonment.

I am also a member of the University's UrbTerr research team, led by PI Katharina Karcher and focussing on urban terrorism in Europe.