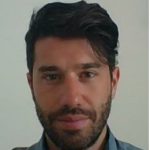 An Englishman without techyng can not speake the wordses of an Ytalyan�: Italian language learning during the reign of Henry VIII

By focusing on the presence, teaching and learning of the Italian language in England, this project will offer new insights into Anglo-Italian relations in pre-Elizabethan times. Building on my Masters research into Thomas More and the influence of the Italian Renaissance on the English Humanism I will show that certain important people in England spoke and wrote in Italian and translated from and into Italian and that the cultural innovations and trends established by Henry VIII at his Court had long-term implications for England and set the pattern for the next hundred years and beyond.

More sub-questions must be added to this main question to get a better understanding of the subject and targeting specific objectives: