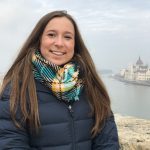 Weimar Film Studies has been dominated by the work of Siegfried Kracauer (1947) who argues that ‘Weimar cinema contains ‘deep psychological dispositions predominant in Germany from 1918 to 1933 […] which influenced the course of events […] and which will have to be reckoned with in the post-Hitler era’. As a result, Weimar Film Studies has traditionally read Weimar from the perspective of its demise and the rise of Nazi Germany. This focus on the representation of power in Weimar film has only recently begun to fall away, and my research contributes to this new range of approaches by breaking away from tradition and centring upon figures belonging to groups that have largely been excluded from the existing narrative.

Stuart Hall (1991) emphasises the essentiality of the ‘other’ to meaning in a range of cultural products. Subsequently the ‘other’ holds a core position in society, for without ‘the other’, ‘the self’ would not exist. It is this relationship between the ‘self’ and the ‘other’ that I am exploring in this project. I explore representations of marginalised groups such as homosexuals who were seen as a threat to the national order during the Weimar Republic and beyond. I also examine representations of groups that were offered an opportunity to be rehabilitated into the national community, for example women and workers.

Framed by the German defeat in World War One and Hitler’s appointment as Chancellor in 1933, the Weimar Republic was always a politically unstable entity. Weimar was founded on optimistic and liberal values; however, even filmmakers invested in opening up society frequently produced images of the ‘other’ that seem to undercut such values. Film becomes the stage sine qua non for articulating these at times contradictory impulses and onto which centuries-old fears about who should and should not belong in a future German society are projected. It is this that I take as my point of departure into Weimar cinema and its representations of ‘others’ as I explore Roberts’ (2008) claim that Weimar cinema is ‘both a commercial product of Modernism, forcing the pace of change […], whilst at the same time acting as a reactionary tool which appears to hinder development in a society’. My research thus traces some of the internal fault-lines that run even through liberal Weimar culture and point forward to its demise, challenging the commonly held view of a ‘golden era’.

I am the founder and co-editor of The Weimar Film Network, which provides a platform for discussions on the cinema of the Weimar Republic. The Network posts articles, blog posts and reviews by students and academics, encouraging a sense of community within Weimar Film Studies. We also have a resource section that would be useful for anyone teaching, researching or is just generally interested in Weimar Cinema. You can find out more, including how to contribute to the network, via the website or on Twitter. Please send all enquiries, including about potential collaboration to weimarfilmnetwork@warwick.ac.uk.

Alongside Dr. Ian Roberts, I co-organise the Weimar 100 Project, which marks the centenaries of key films from the period 1918-1933 in German history. A key aim of the project is to make Weimar film more accessible to a modern audience. Each year between 2019 and 2033, a public screening and talk will be held, showcasing classic and obscure films from the years of the Weimar Republic. The most recent event (2020) marked the centenary of the release of Robert Wiene's Das Cabinet des Dr. Caligari (1920) and included an online screening and talk about the contested readings of the film.

I achieved a first class undergraduate degree in German Studies at the University of Warwick, in which I studied a wide range of language and cultural modules, ranging from 1790s Germany up to the present-day. In my final year, I completed a dissertation entitled 'From Lola to Lulu, From Freder to Rath: Gender and Sexuality in the Weimar Republic'. My undergraduate degree also included a stint in Munich, where I worked as a British Council Language Assistant in a Fachoberschule. I then completed my Postgraduate Certificate in Secondary Education at the University of Manchester, teaching German up to A Level and French to Key Stage 3, before returning to Warwick to complete my Masters. My Masters research examined representations of 'the Jew' in Weimar cinema, observing how the films indicated latent antisemitism bubbling under the surface of Weimar society. My thesis was supervised by Dr. Ian Roberts and Dr. Christine Achinger.