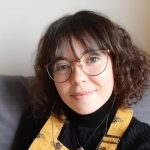 Witchcraft in Print in Early Modern Germany and England

Early modern Europe witnessed prosecutions for the crime of witchcraft on an unprecedented scale. The centre of these prosecutions was the German-speaking lands of the Holy Roman Empire: 25,000 people (primarily women) were executed as witches. In England, prosecutions were comparatively mild. Around 1000 people were tried, and less than 500 executed. Just as these witch-hunts have fascinated historians, so too did they grab the attention of contemporaries. In both Germany and England, witches appear in a variety of popular print, including broadside ballads, occasional news pamphlets, and sermons. Witchcraft research has traditionally neglected these sources, focusing instead on trial records and learned treatises about witchcraft called demonologies, of which the Malleus Maleficarum (printed 1486/7) is the most infamous example.  The neglect of occasional news pamphlets in particular has been attributed to their sensationalist nature. Recent work, most notably by Charlotte-Rose Millar in the English context and Abaigéal Warfield in the German context, has emphasised the importance of these sources.

Pamphlets, broadsides, and sermons present an intersection of textual and oral culture. Although only the written record survives, pamphlets and broadsides were often written in verse and given a tune to be sung aloud; some printed sermons were written down after they had been performed, and others were written to provide a guide for preachers. At a time when literacy rates were low, these sources offer an insight into ideas that may have reached a wider audience than learned written treatises. Previous studies of witchcraft pamphlets have explored how demonological ideas were presented in the pamphlets to explore how learned ideas were transmitted to a popular audience. This approach is a valuable one, but risks overlooking the ways that these pamphlets and broadsides fit into broader early modern print culture. My thesis seeks to locate these printed sources discussing witchcraft in their wider context. By doing so, I seek to offer insights into the position of witchcraft in early modern mentalities, and explore the techniques used to convey information in early modern news.

Awarded to contribute to costs of archival research trip in Bavaria, Germany. This research trip was cancelled because of the COVID-19 pandemic.

Awarded £150 for best final marks in BA History at University of Nottingham in academic year 2016-17.