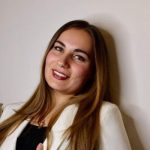 Theatres of War: The Experiences of the Serbian Unit of the Scottish Women�s Hospitals during the Great War.

This thesis is the first to explore the Scottish Women’s Hospitals’ Serbian Unit’s (SWHSU) gendered and medical experiences during the Great War. Active on the Western, Balkan and Eastern Fronts between January 1915 and April 1920, the Scottish Women’s Hospitals (SWH) were unique because they were the first and only all-female medical organisation to have maintained functional hospitals on the frontlines of war for the duration of a conflict and at a time when the female doctor was still in her infancy.

Initially offering her medical skills up to the British Red Cross, the SWH’s founder, Dr Elsie Inglis, was rejected by the British War Office on the basis of her sex with the words: ‘my good lady, go home and sit still!’ Not only were the frontlines forbidden to women by the British authorities, but the notion of female doctors treating adult male patients was still controversial, too. Dr Inglis was not, however, prepared to be still. Determined to contribute usefully to the war-effort, she turned next to the Allies in Belgium, France, and Serbia offering them medical support from all-female medical units. Thanks to their proximity to the frontlines (and a raging typhus epidemic in Serbia) all three countries were in too dire a situation to reject medical aid on the basis of the gender of the doctor providing it. All three, therefore, gratefully accepted Inglis’ proposal and the SWH was born.

Of the SWH’s 14 medical units, 12 worked alongside the Serbian Army at various locations throughout the war. During the course of their war-work, the SWHSU’s members were to experience a typhus epidemic, the exodus of a country (Great Serbian Retreat), two military retreats, life under enemy occupation and P.O.W. status. Though still commemorated and greatly admired in Serbia to this day, beyond this Balkan state history has largely overlooked them.

This thesis will, therefore, be the first to examine these women and their work from both a medical and gendered perspective. It will consider the deliberate plurality of the SWHSU’s ‘Theatres of War,’ suggesting that these women performed not only as medical professionals in operating theatres within volatile conflict zones, but in gender performative arenas, too, that, due to the Front’s shifting boundaries, were constantly in flux.