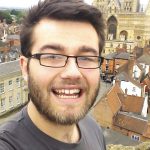 Why did people bury things ? Understanding changing depositional practice from the Late Neolithic through the Bronze Age

What made people deposit objects in the ground during the Neolithic and the Bronze Age in Britain? Bronze Age deposits often centre around metal items and are referred to as ‘hoards’, whereas Neolithic equivalents tended to comprise multiple materials such as pottery, flint, and animal bones in different ways.

To do this I am exploiting three intensive regional case studies: East Anglia, Cumbria and Aberdeenshire. Furthermore, I question the divide that is often drawn between Neolithic and Bronze Age deposits by generating a narrative that uses a complex multi-temporal approach to time and change. This will add to recent research which has begun to recognise the complex nature of the transition between the Neolithic and the Bronze Age by producing a complex and nuanced history of depositional practices in the Neolithic and Bronze Age.