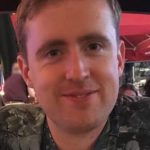 Mapping a New Mythos: Accelerationism, Affect, and the Complexity of Capitalism

In my PhD thesis, I trace a cultural genealogy of accelerationism, which is a controversial insistence that the best answer to capitalism is accelerating its “radical” tendencies. Accelerationist writings are typified by an embrace of automation, computation, and abstraction and are frequently espoused from positions outside of or marginal to institutional discourse; often landing them intense critical scrutiny. Challenging the consequent assumptions that come from this positionining, I place accelerationist works within a broader cultural miliue that utilises experimental cultural forms to converge with, intensify, and politicize challenging and exploratory aspects of popular culture. I argue that by locating acclerationism within this miliue, it is possible to conceive of it as a continued aesthetic practice that challenges cultural values and the ways in which institutions relate to these values.

My genealogy involves locating accelerationism, as an insistence, in the work of the Independent Group, Eduardo Paolozzi, and J.G. Ballard. I argue that this lineage can be traced from the inclusion of J.G. Ballard’s essay ‘Fictions of Every Kind’ in #Accelerate: the Accelerationist Reader, in which he cites Paolozzi as a significant influence on his idea that everything is becoming science fiction. By tracing the genealogy of accelerationism through writer, artist, and group, I am able to demonstrate how they challenge the more extreme caricatures of accelerationism present within popular culture and reinforced by critical accounts. I am also able to illustrate how accelerationist forebears in the form of the Cybernetic Culture Research Unit and affiliated academics and writers share cultural concerns and practices with previous figures and groups. Exploring this latter point also allows me to consider overlooked aspects of this earlier group, offering the means critique some of their more problematic tendencies that have continued to influence perceptions of accelerationism to the detriment of its more useful assessments of cultures and institutions under late capitalism.

Presented on researching Paolozzi at 'Challenges of the Archive’ – CLEMT Roundtable, University of Birmingham, 23/10/19.

Previously a supporting Administrator for the Critical Posthumanism Seminar Series and Research Network.