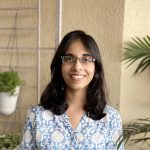 The seventeenth and eighteenth centuries saw intensive contact between the peninsular region of the Indian subcontinent and the global world. My project explores the impact of processes of early modern globalisation on epistemological thinking, visual and material culture and production in the peninsula. It attempts to engage with the intersection of the global and the local by emphasising on local perspectives of change. A focal point of this study will be the use of little investigated sources – local historical writing, traditional forms of storytelling and material and visual culture produced in the South Indian context – as a means to recover experiences and perspectives underrepresented in or marginalised by European archives. My work will focus on multiple sites and forms of encounter – with particular spatial emphasis on local courts and port cities in the Deccan and South India.