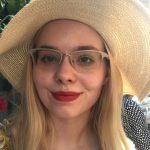 Narratives of Loss during the Civil Wars in Ireland, Wales and England Compared, 1641–52

“It was a tragic necessity that the Irish should remember [the Civil Wars in Ireland]; but it was far more tragic that the English forgot it.” – G. K. Chesterton, 1917.

My project is the first to compare the testimonies of maimed soldiers and war widows found in Ireland’s 1641 Depositions www.1641.tcd.ie/ with the narratives found in petitions of maimed soldiers and war widows in England and Wales, published at www.civilwarpetitions.ac.uk as part of the AHRC-funded ‘Conflict, Welfare and Memory’ collaborative project led by the University of Leicester.

At this moment, it aims to answer the following questions:

• How did Ireland’s colonial experience make suffering and loss different when compared to England and Wales?
• How did ordinary men and women articulate Civil War related bereavement and loss in Ireland, England and Wales?
• What sort of medical care was available to soldiers injured in Ireland?
• How did those who had been wounded or bereaved fashion themselves as deserving recipients of charitable relief?
• How did charitable relief for wounded soldiers, widows and orphans in Ireland compare with that which was provided in England and Wales?
• How did suffering and loss arising from the Civil Wars in Ireland affect how the wars have been remembered, both there and in the Irish diaspora, ever since?
• What were the experiences of the women widowed by the confederate forces in Ireland?
As a Collaborative Doctoral Award student, I will be working with the National Civil War Centre to lead the delivery of a temporary exhibition provisionally titled ‘The Human Costs of Civil War in Ireland, 1641-1652’ due to launch July 2022, accompanied by an international conference.