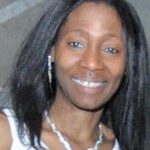 Art and Design and Arts and Humanities, Nottingham Trent University

Close Up: A creative-critical intervention in women activists and activist documentary filmmaking

My thesis investigates the impact that social activism has on women’s lives and explores how insurgency in women fosters courage and transformation.  It analyses how womens’ activism extends beyond their cause and into their individual lives. My practice-led research will include the production of a film which will feature two groups of female activists: women insurgents in the 1984-5 miners’ strike, specifically the protest group ‘Women Against Pit Closures’ and a current movement against social injustice, ‘Black Lives Matter’. Both female-led organisations have been openly militant in their desire for change. Their causes have divided opinion and occupied a controversial position in the media. My thesis will examine the unintended and unpredicted consequences of women’s activism, the impact that this experience has had on the lives of miners’ wives and investigate how dissent is affecting women active in the Black Lives Matter movement now. What do these experiences have in common? To what extent do the activists (past and present) perceive themselves to share common ground, experientially, politically and, specifically, as women? Why does involvement in protest empower women to re-evaluate their role and aspirations and to take action in order to realise their potential, in and outside an activist context? It is important too to consider the ways in which the presence of social media and developments in technology have altered the organisation of protest for women.

The discourse relating to activism and insurgency usually has a masculine frame, firmly placing men in the foreground of the revolutionary picture. When women have been vociferous in their charge for change e.g.  the Ford sewing machinists’ strike (1968), the Women’s Liberation Movement from around 1970— and the Greenham Common Women’s Peace Camp, (1981) (which was an influence on Women Against Pit Closures), such movements have been positioned outside the frame as auxiliary or different. They have required recovery research to bring them into the foreground, or to situate them in contextual relation to activism that is discerned to be broader, itself a gendered assumption.

My research refocuses the image, with the spotlight on women in the Midlands region.