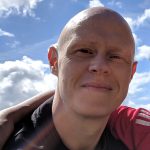 "I Gave You Power": The Weaponization of Literary Intertextuality in Hip-Hop Lyricism

My creative-critical thesis explores the presence and function of literary intertextuality in the hip-hop tradition by analysing the bodies of work of four emcees from key eras in its history: Rakim, Nas, Black Thought and Kendrick Lamar. Specifically, it examines how these artists ‘weaponize’ intertextuality, empowering themselves and other socially and politically marginalised subjects through a complex analytical and artistic critique of their social positions, structural conditions and wider cultural environment. It will investigate the use of literary intertextuality as a conceptual and political weapon against socio-structural conditions of oppression, and as such, make a significant theoretical contribution to extant understandings of the links between hip-hop culture and traditionally-conceived literary culture.

Until now, scholarly focus on hip-hop has typically been directed towards its origins in African American culture (George, 2005), its influence on American and global culture and racial identity (Rose, 1994) (Peterson, 2014), the impact of its practice on various marginalised cultures globally (Fernandes, 2011) and the utilization of the technique of sampling as an important tool for hip-hop practitioners (Williams, 2013). Building upon these studies, this project expands upon extant knowledge of the understanding of hip-hop lyricism as a form of ‘hi-tech combat literature’ (Alim, 2003: 61) that, even four decades since hip-hop’s inception, has remained almost entirely unexamined.

The central research aims of this project are:

·       To establish how hip-hop lyricists use literary intertextuality in order to achieve individual and collective empowerment.

·       To expose and investigate new poetic innovations made by emcees in underexplored areas of hip-hop history.

·       To further bring the hip-hop and Western literary canons into dialogue by highlighting an area of literature that has been largely neglected in academic discourse.

This interdisciplinary thesis bridges a number of subject specialisms within the Arts and Humanities, specifically English literature, creative writing, media and popular culture studies, African American contemporary music, and critical race theory. This unique perspective thus offers significant potential for public engagement through the organisation of related exhibitions, workshops and live performances throughout the Midlands and beyond. The research makes a new theoretical and empirical contribution to these subject areas, and establishes the foundation of a long-term academic research agenda that can shape emergent knowledge within English literary and cultural studies.