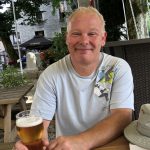 Cultures, crops and choices: new insights into Anglo-Scandinavian farming and settlement from analysis of terroir

The Scandinavian settlement of England is recorded in the Anglo-Saxon Chronicle but other sources are tangential and the archaeological signature of Scandinavian settlement remains elusive. Indeed, if it was not for the profound impact on the language and place-names of northern and eastern England it would be difficult to evidence at all. A new approach is therefore needed to locate the Scandinavian presence in the landscape and to gauge its influence.

This research grows out of previous work—a microstudy of the valley of the River Wreake (Leicestershire)—that linked settlement terroir to local agrarian practices and highlighted distinctive differences in the farming choices made by Scandinavian settlers compared to those made by the indigenous population. The study was one of the first to apply the concept of terroir in an historical context. It showed how the influence of terroir is reflected and refracted through active choices made about place-naming, farming culture, and the layout of settlements and field-systems. This doctoral research builds on those concepts, investigating whether similar linkages exist in other areas under Scandinavian influence and elsewhere in England. The results will be set against evidence for farming practices and settlement development in early medieval Denmark and Sweden. By comparing choices made in different farming environments and cultures the study will provide fresh perspectives on the process of cerealisation and the shift from animal husbandry to arable production in early medieval England.

Research questions to be addressed include: Does the association of bȳs with Scandinavian-style cattle farming and þorps with arable expansion hold true for areas beyond Leicestershire? Can the proposed causal association between the development of þorps and cerealisation be linked temporally? And more generally, do other habitative place-name elements, such as wīcs and þveits have specific associations with farming practice and terroir?

Three areas, each covering about a hundred townships will be investigated and compared, and data recorded and analysed in ArcGIS.

Local and Industrial History of Leicestershire

Society for Name Studies in Britain and Ireland - Member