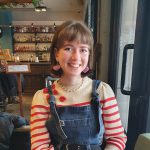 Sexing it up: Navigating sex, power and pleasure in popular cinema during hastag MeToo

The #MeToo movement has created a new urgency for the discussion of sex on screen. It shed a new social and political importance on the issue of representation (Boyle, 2019), which is yet to be sufficiently addressed within Film and Television Studies. Following exemplary analysis of the relationship between sex on screen and its sociopolitical context (e.g Williams, 2008), this project will address a new corpus of film and television texts placing female sexuality within the emerging discursive contexts of #MeToo and contemporary feminist discourses. Through this process, the project will ask: How do the discourses of #MeToo frame and conceptualise female sexual agency and pleasure? How are these terms negotiated and problematised in the audiovisual texts of this period? In what ways do the texts open up pathways that go beyond the conceptions of sexual power and pleasure permissible within the #MeToo discourse?

You can read more about the project here.

The film was screened at various conferences and festivals as part of a developing installation, including: