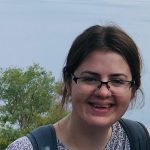 Food and drink as social capital in early modern England: a case study from Leicestershire

Archaeological studies of food have generally taken an isolationist approach: they have tended to consider animal and plant remains separately and integration of historical sources has been rare. Furthermore, interpretations have tended to focus on economics or on identifying aspects of identity (most commonly social status). A major omission is that evidence has seldom been interpreted within the ontological framework of humoral theory which was dominant in Europe c. 500 BC to AD 1850.

Humoral theory stated the body comprised four humors (yellow bile, black bile, blood and phlegm) and these had to be kept in balance to maintain good physical and mental health. One of the main ways to achieve this was through diet; all foods were understood to have a humoral composition and when consumed influenced the individual’s physical and emotional state.

My research focuses on a primary case study, the diet of the aristocratic Grey family who lived at Bradgate House, Leicestershire c. 1500-1750. Evidence for their diet is sought from analysis of the animal bones and plant remains recovered from archaeological excavations at the house, and analysis of the surviving 17th-century (1678-1681) household account book. This will be compared to humoral advice gathered from contemporary regimens, cookery and husbandry books and archaeological evidence from contemporary sites in the region. Combined, these sources will make it be possible to determine the extent to which humoral theory influenced early modern diet, alongside other factors such as elite identity and religion.