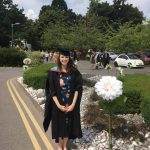 Propaganda and Persuasion: Political Discourse and the Negotiation of Power and Authority in Yorkist and early Tudor England

My thesis is the first in depth investigation into the use and manipulation of language to serve political ends between 1470 and 1509, one of the most tumultuous periods of English history. My study demonstrates that ‘fake news’ and political spin are far from modern phenomena and that these techniques for manipulating public opinion were fully developed and widely used over 500 years ago. It considers the context in which this language was employed and the purposes for which it was intended, for example to justify either the maintenance of the political status quo or wholesale regime-change. The study will discuss the interchange of ideas and principles between the king and his subjects, and between the centre of government and the localities.

My research builds on the ‘Linguistic turn’ approach to historical studies, which emphasises the importance of language to studies of history, highlighting the importance of principles and ideals in underpinning political action. The thesis will be divided into three distinct research strands. Firstly, it examines whether there were certain words or phrases that were utilised in particular circumstances, and whether these constituted distinct ‘linguistic templates’. Secondly, it examines how effectively political ideas were disseminated through the interchange of ideas between central government and the lower orders. Finally, the thesis will consider the significance of common political utterances which were used as linguistic tools to persuade and manipulate public opinion towards or against a cause. All these approaches will enable me to measure the impact on events of the repeated and calculated use of rhetoric and propaganda.

This project aims to:

'Language and the Creation of a King in the Reign of Henry VII', poster presentation given at Created Identities Conference, 5 September 2020

'Henry VII: Power, Authority and the Restoration of the English Monarchy', Minerva Lecture, given to Bradfield College on 02/03/2021