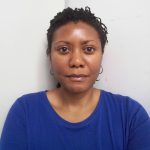 The Collective Utopia: Black British Feminists Creative Escape from the Margins of Society

The ‘Collective Utopia’ makes reference to the millennial generation of Black feminist, womxn and non-binary collectives presently working to establish themselves in Britain’s creative and cultural industries. These creative collective groups have formed to act as a point of resistance to exclusion and a line of communication to gaining inclusion. The creative and cultural industries are Britain’s most dynamic response to managing the nation’s post-industrial economy and yet its Black employee figures have remained stubbornly low. The aim of the project will be to evaluate the spatial activities, content and forms of Black feminist, womxn and non-binary collectives located in Britain as they navigate their exclusion/inclusion in these industries.

Panel Co-Chair: 'On Being an Embodied Global Black Geographer'

Panellist - Diversity in the Media Roundtable

Presented paper: ‘Dangerous Liaisons within and beyond Corporate Media’

The Art of Not Doing Conference - Birkbeck (October 2019)

History of Women in the Americas Annual Conference - L.S.E. (July 2018)

Funded by the 'Support the People who Support their Communities' CrowdFund.

‘Telling It Like It Is: Placing Black scholarship during COVID-19’

A topical and critical conversation between three emerging UK based scholars.

Panellist: International researchers assembled to debate gender, the city and creativity in African and Caribbean cultures

Panellist: On Fugitivity - In conversation with Saidiya Hartman

Collective Member: The Politics of Pleasure Installation and Workshop

An ECR reading group formed by scholars based in Africa, The Americas and Europe.

Support the People who Support their Communities CrowdFund (June 2020)

1 of 25 Black Feminist-led groups/individuals who shared this grassroots funded award.

Co-organiser of the highly regarded event supported by a £2,700 M4C CDF Award