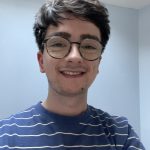 The Corporation in American Fiction of the Long 20th Century

As they like to remind us in interviews, CEO-titans of the contemporary American corporation are voracious readers. Elon Musk reportedly read ten hours a day as a boy—he loved Isaac Asimov. Jeffrey Bezos is a huge Kazuo Ishiguro fan. Bill Gates has a home library supposedly engraved with a quotation from The Great Gatsby: ‘He had come such a long way to this blue lawn, and his dream must have seemed so close he could hardly fail to grasp it.’

Of course the same was true of many corporate figures in the late nineteenth and twentieth centuries. This is perhaps because the corporation is inherently literary, made visible through its contracts, publications, and records. After all, the corporation is legally enshrined by performative language—the ‘legal fiction’ of collective personhood—while corporate managers have long attempted to instruct, educate, and inspire through training manuals, interviews, autobiographies, hagiographies, and sometimes even strange neo-Arthurian fables about how to become the self-empowered ‘Heroz’ of modern corporate America (yes, with a Z).

This corporate-literary American culture exists in fascinating tension with the broader literary-cultural one. From the popularisation of the corporate form in around 1880, U.S. fiction offered it fierce criticism. Yet mass-textual production in the twentieth century was reliant on the corporate book and magazine publisher, while writers themselves were employed by corporate businesses as advertisers, copywriters, editors, or even geophysical engineers.

My PhD works with several questions generated by this tension:
– What can we learn from treating corporations as fictional texts themselves, as per Mark McGurl’s recent work on Amazon?
– What can this interpretative work tell us about literary production as corporations came to dominate the US economy?
– What horizons of possibility did corporations impose on late nineteenth and early twentieth century novel writers? How are corporate conditions felt or intuitively understood?