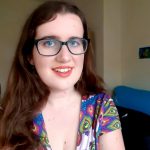 �Wonderful Stories for Kids�: Sexual Violence in Anthologies of Greek Myths for Children

This thesis builds on my previous work at Masters to examine children’s anthologies of Greek myth from 1850 to the present and analyse authorial strategies for retelling sexual violence. Anthologies of children’s Greek myths (e.g. Hawthorne, Coats) are published regularly, receive reviews stressing their importance to children’s education and are sometimes taught in schools. Their creation, however, necessitates reconciliation between the sexual violence prevalent in myth and the didactic aim of children’s tales.

My thesis will engage with the increasing body of research in the new field of classical receptions in children’s literature, particularly the Our Mythical Childhood project. It will explore both text and illustration, drawing on sociological research concerning the establishment of power structures and feminist research on sexual violence to interrogate the meaning present in these children’s texts. As well as contributing to growing discourse on classical literary reception, my thesis will have a wider relevance in that it will examine those elements challenging to the popular view of Greek myth as didactic. Anthologies of Greek myth are the first classical sexual violence many children will encounter, possibly even the first sexual violence they will read about, making them perhaps influential on general modern views about rape. My thesis raises questions about enjoyment of disturbing material, why children read books, the value of classics to them and if and how material needs to be adapted for audience.