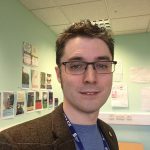 Educating Nazi Germany: resistance and conformity in the teaching profession under the Third Reich.

My project focuses on the attitudes and motivations of the men and women who performed the key role of educating the youth of Germany in the period from the end of the Weimar Republic to the end of the Second World War. These educators would have been at the forefront of inculcating the regime’s prescribed values, attitude and conduct to the new generation and are widely regarded as a key element of the indoctrination of the young to accept Nazi ideology. Given the impact teachers would have had on the delivery of these values, their participation in the racialised curriculum imposed by the Third Reich is an area of study which deserves greater exploration to determine the extent that these professionals resisted or conformed with the significant changes to their profession the regime was enacting.

This project seeks to further our understanding of these educators through research using official records from the German Education Ministry, records of the National Socialist Teachers League, reports from the underground, contemporary comparative education theorists and memoirs of the pupils and educators themselves to establish how the new curriculum of the Third Reich, and its delivery, was experienced from the perspective of lower-level educators. The research focuses on a history from below approach using interaction with official organisations and experiences in the classroom to explore the reaction of education professionals to the changes to their role that made them a tool of the Nazi radicalisation of the youth of Germany.

Society for Education and Training - Member with QTLS status