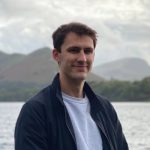 Revolutionary Debts: The Politics of Financial and Moral Obligation in the French Revolution

Every student of the French Revolution knows that its outbreak was the result of the staggering debt crisis of the Ancien Régime. Historians, however, have not fully acknowledged how debt continued to inform the Revolution’s course and radicalisation. In light of this omission, my project explores how the politics of sovereign debt under the Old Regime not only brought about the Revolution, but also how these politics became a principal driver of revolutionary radicalisation and a key vehicle through which revolutionary government sought to assert its authority, legitimacy, and power.

This project, as such, investigates the nexus between sovereign power and financial obligation during the French Revolution. By honouring the debt of the Old Regime on 17 June and simultaneously consituting itself as the National Assembly, revolutionaries, I argue, both embarked upon a process to overturn the King’s moribund debt-politics and also sought to establish their own constitutional power through their newfound ownership of the debt. After they had done this at the expense of the Crown, revolutionary government then sought to re-establish power over the state’s creditors and foster obligations to the republican regime amongst the population at large. This attempt, and ultimate failure, to reconstruct sovereign authority and remake French society around a new politics of debt is the process this thesis seeks to analyse.