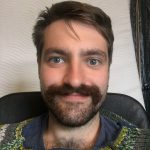 Applying an Electroacoustic Approach to the Soundtrack of Narrative Film

Narrative film soundtracks from styles as diverse as art film through to Hollywood blockbusters increasingly transcend the distinctions between traditional binaries such as sound effects and score, and musical and non-musical sound. By recognising that sound can be employed in far more ways than as hierarchical superimpositions between dialogue, sound effects and score, these advancements have heightened film’s capacity to express on narrative, aesthetic and affective levels, granting greater depths of engagement between audience and film as a result.

My background is in electroacoustic music composition, which is an approach to music wherein any recordable sound becomes potentialised as musical material for use within a composition. This field has grown its appreciation and understanding of sound in all its forms as an expressive medium since the advent of audio recording technologies. As such, it is uniquely poised to offer an insightful perspective upon the progressions in film sound outlined above, providing invaluable clarity and knowledge on how sound can function artistically.

It is this intersection that my research explores. This will be met through four key objectives: conducting a critical appraisal of existing works and writing in the field of film sound to provide a springboard for practical exploration; drawing upon the artistic practice of electroacoustic music to identify creative strategies that can bring new approaches to narrative film sound; collaborating with filmmakers on original projects to compose soundtracks that explore new methodologies and approaches as identified in the prior two objectives, and; gain an understanding of how the techniques developed through the research are perceived by audiences through questionnaire feedback.

By combining praxis with critical engagement at either end of the creative process this research will provide a vital holistic perspective that can add to and account for progression within the field of film sound, encompassing both academic and industrial contexts.