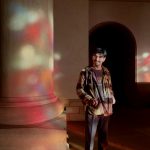 The Ways of Freedom: Experimental Music in Leningrad/St. Petersburg, 1980-1996

This project investigates the cultural and political significance of late and post-Soviet experimental music by following the career, networks, and collaborators of Sergey Kuryokhin (1954-1996). Kuryokhin was a key figure in the music culture and artworld of Leningrad/St Petersburg, with an output straddling the aesthetic boundaries of free improvisation, rock music, and other exemplars of ‘Contemporary Music’ (in its broadest sense). These strands were all presented together in the in the spectacle of his group Popular Mechanics, a postmodern orchestra known for absurd theatrics, ever-fluctuating membership, and rapid shifting of styles within single performances; fusing high- and low-brow, old and new, in an eclectic collage that emphasised the ‘in-between’.

My thesis begins in the late 1970s – situating Kuryokhin’s early recordings within transnational discourses about the status of European free jazz alongside late Soviet contexts of production – through to the mid-1990s, where I speculate on the nature of what Kuryokhin’s persona and aesthetic project represented to the figures of the self-proclaimed ‘Conservative Revolution.’