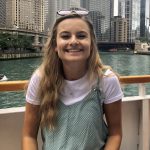 My thesis investigates how early modern citizens envisaged death and the afterlife, exploring how the changing religious culture of the English Reformation(s) influenced traditional eschatological beliefs. My research considers the extent to which early modern literature mirrors contemporary societal concerns and conversely, how Elizabethan and Jacobean social attitudes were influenced by Renaissance literature. Through close analysis of late sixteenth- and early seventeenth-century spiritual and secular literatures, I endeavour to prove that there is a direct correlation between the dissolution of the relationship between the living and the dead and the emerging societal appetite for worldly fame and self-memorialisation. My thesis argues that dramatists responded to ecclesiastical changes within the ceremonial remembrance of the dead by portraying characters who seek to dictate their own post-mortem legacy prior to death, to secure their immortality by secular means.