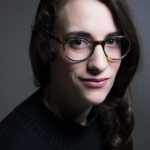 A Dance Between the Visible the Invisible: Fragments of (forced) Migration in Comics from Italy and the Mediterranean

Focusing on comics narrating the experience of (forced) migration in the Mediterranean, my project investigates the political potential embedded in comics’ form and aesthetics. As a culturally marginalised medium, the research studies comics as “minor narratives” (Deleuze and Guattari 1986) and asserts that the medium’s cultural stigmatisation may be essential both for its political potential and for its adoption by marginalised communities. Whose stories are told, whose voices are heard, and how individual agency is reaffirmed in comics are pivotal questions grounding this research. Drawing together literary theory, comics scholarship, migration and globalisation studies, with a specific focus on Italy and the Mediterranean area, the project aims attention at a variated corpus of comics narrating the experience of (forced) migration produced in Italy between 2000-2020.

The research aims at analysing the potential of comics to challenge dominant narratives that universalise migratory experience and examines the medium’s formal and aesthetics potential to blur the boundaries between forms of individual and collective narration. My study investigates how the medium’s formal complexity and fragmentary nature can embody and reflect the transitional experience of migrants. Aiming attention at different forms of migrant narratives (autobiography, reportage, autofiction), this study analyses the potential of graphic narratives to challenge mainstream discourses about migration. In investigating comics’ political affordances, the project considers: comics’ hybrid and fragmentary nature, their non-hierarchical networked form, the reader’s agency in putting together the graphic fragments into a cohesive whole, and how the medium as “minor narrative” blurs the boundaries between individual and collective enunciation.

Comics, conceived as “a silent dance between the seen and the unseen” (McCloud 1994, 92), may problematise notions of visibility and invisibility, eventually unsettling the space of the political within which migrant discourses are produced and reiterated. Given the ongoing rise of anti-immigrant sentiment within the Italian socio-political landscape, the present research seeks to break new ground in the discipline of Italian studies by investigating a so-far understudied topic: how comics’ fractured aesthetics can be politically productive in promoting alternative modes of narration and existence based on multiplicity and plurality, where Otherness can be welcomed rather than feared.