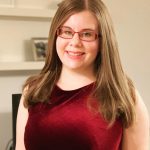 Founded in 1917, the Medical Women’s Federation (MWF) is ‘the largest and most influential body of women doctors in the UK’, existing to ‘promote the personal and professional development of medical women’, ‘improve the health of women and their families in society’ and ‘change discriminatory attitudes and practices in medicine’. Despite an extensive archival collection held at the Wellcome Library in London, no comprehensive study of the organisation’s formative work currently exists. This PhD project will shed new light on the history of the MWF from the year of its original formation as the Association of Registered Medical Women (ARMW) in 1879, to the establishment of the National Health Service (NHS) in 1948. The MWF played a crucial role in campaigning for women’s entry into the medical profession in the late nineteenth and early twentieth centuries, and went on to provide vigorous support to medical women serving in both the First and Second World Wars. The organisation’s exclusively female membership also conducted ground-breaking research during this period into issues relating to women’s health, including menstruation, the menopause, birth-control and pain during labour.

By employing a multi-disciplinary approach to examining the history of the MWF, this thesis will answer the following research questions:

·       How did the MWF support serving medical women in both the First and Second World Wars?

In answering these questions, this thesis will illustrate how the MWF evolved during its first seventy years, and will consider the challenges the organisation faced whilst campaigning for the rights of female doctors working in a male-dominated field.

History of women in medicine; History of menstruation and the menopause; Women in 19th century society; Victorian medicine.

British Society for the History of Science

Society for the Social History of Medicine

British Society for the History of Medicine