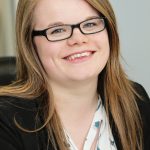 Before and Beyond Abolition: Remembering the 'business of slavery' at heritage sites in England and New England.

My research is broadly concerned with critical heritage studies and public memory and looks to contribute to discussions about the nature and uses of heritage. It is exploring this through the lens of remembrance of Transatlantic Slavery, specifically the positive economic impact of the trade and practice on England and New England. Despite their geographic distance from the plantations, these two regions were heavily involved in the ‘business of slavery’, to use Clark-Pujara’s term, however today the explicit remnants of slavery are limited or invisible.

My work highlights where and how the ‘business of slavery’ is remembered. Case studies include interventions onto the cityscapes, museums and art galleries, historic houses and historic cotton industry sites. The majority of my case studies have developed their coverage of this topic in the twenty-first century. As well as reflecting on these developments’ implications for ‘heritage’, I am analysing transnational similarities and differences between England and New England.