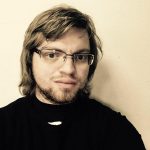 How the Welfare Systems of the Republic of Ireland and United Kingdom Uphold the Rights of Disabled Persons: A Comparative Study

The Convention on the Rights of Persons with Disabilities (CRPD) sets international legal standards for the promotion and protection of human rights afforded to disabled persons. By August 2009, the United Kingdom (UK) had signed and ratified both the CRPD and its Optional Protocol.

While the United Nations monitoring committee for the CRPD has sought clarification regarding CRPD compliance from over eighty State Parties, the UK is the first – and so far only – State Party to be subjected to an inquiry by this committee due to the negative impact caused by the benefits regime implemented in the UK as part of the 2013 welfare reform. In the 2016 Inquiry Report into the UK, the committee delivered its first (and at present only) finding of a State Party being in violation of the CRPD.

My research will identify the extent to which disability welfare law and policy of both the UK and the Republic of Ireland (Ireland) complies with the rights espoused by the CRPD. This will be achieved by the comparison of relevant legislative measures from the UK and Ireland with the CPRD and with conclusions from the United Nations Committee on the Rights of Persons with Disabilities (the Committee) which hold the UK in violation of the CRPD. My project will also analyse the historical development of social policy and legislation in both the UK and Ireland in order to ascertain how differing historical opinions regarding disability in both the UK and Ireland have impacted modern legislation and its interpretation.

My project aims to establish whether it would be appropriate to adapt and transpose into UK law any Irish provisions which my research identifies as complying with the Convention on the Rights of Persons with Disabilities (CRPD) in instances where UK law remains in violation of the CRPD.

Elected as both Treasurer and President of the NTSU Fez Wearing Society.

NTU Centre for Rights and Justice

Awarded the NTSU Leadership Award for work with the NTSU Fez Wearing Society.

Attained the LexisNexis Foundation Certifcate for skills in legal research.

Attained the LexisNexis AdvancedCertifcate for skills in legal research.